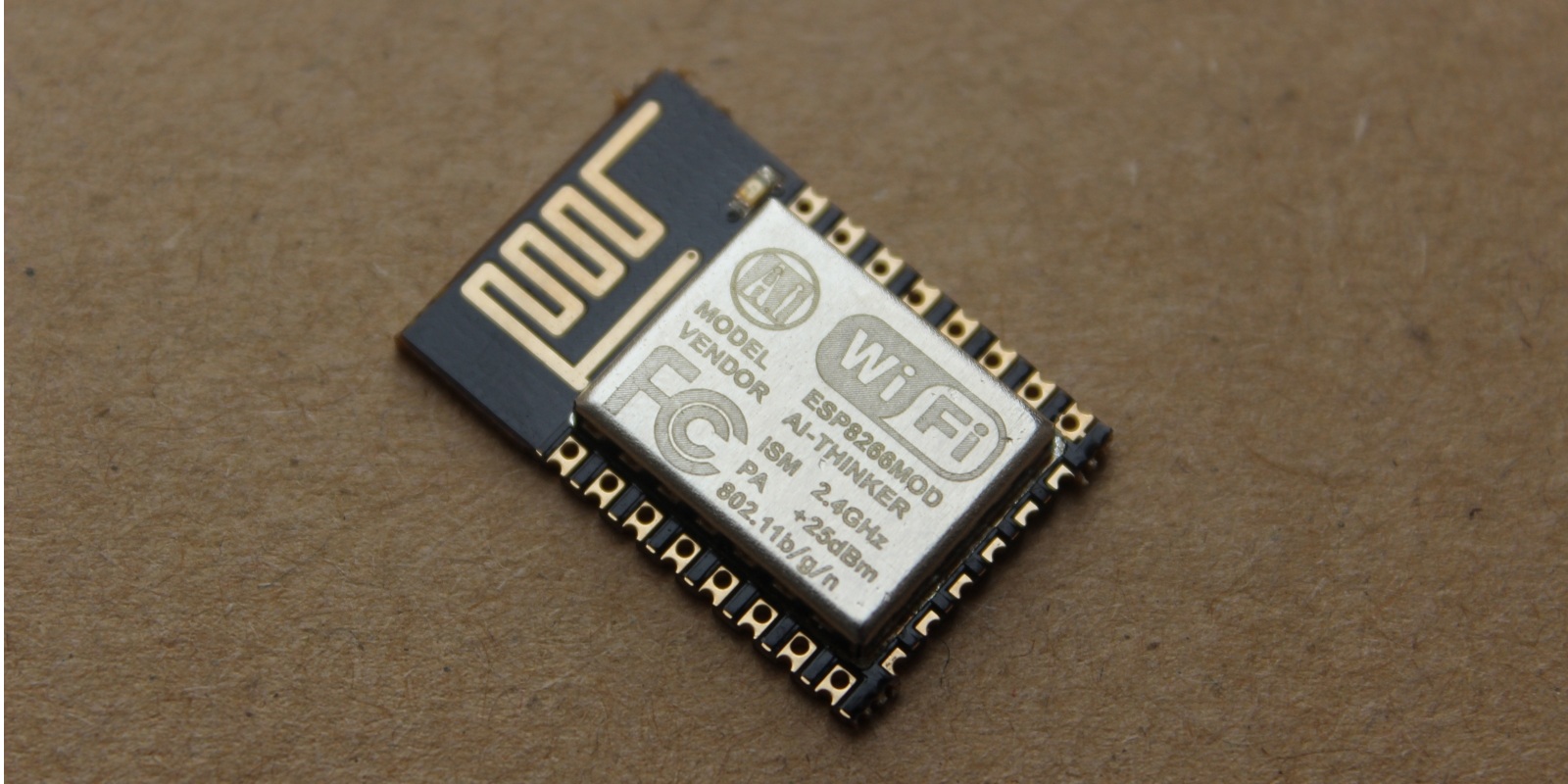 This tutorial shows how to load custom code on the ESP8266 based modules, like Expressif ESP-01, ESP-12 or the Olimex ESP8266-EVB, this is based on the porting of Arduino cores for the ESP8266 microcontroller.

Even if we focus on ESP-12, but this tutorial applies for all breakout modules based on ESP8266, you just need to cross check the pin assignment on the PCB, to start you need:

The are two main wiring schemes that you will need to use, those are referred as USART Mode and FLASH Mode. The former is used to load a new code and the latter to run that code, from this point on is assumed that the code will be loaded into the companion FLASH memory. The use of the external FLASH memory is not the only available option with the ESP8266, but all the commercial modules based on this SoC use this approach, so that the MTDO pin is always at GND.

USART Mode ESP-01 and others

Once the sketch has been loaded, you can run your module using the following setup

Operating Mode ESP-01 and others 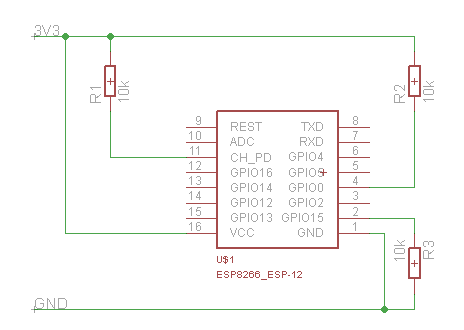 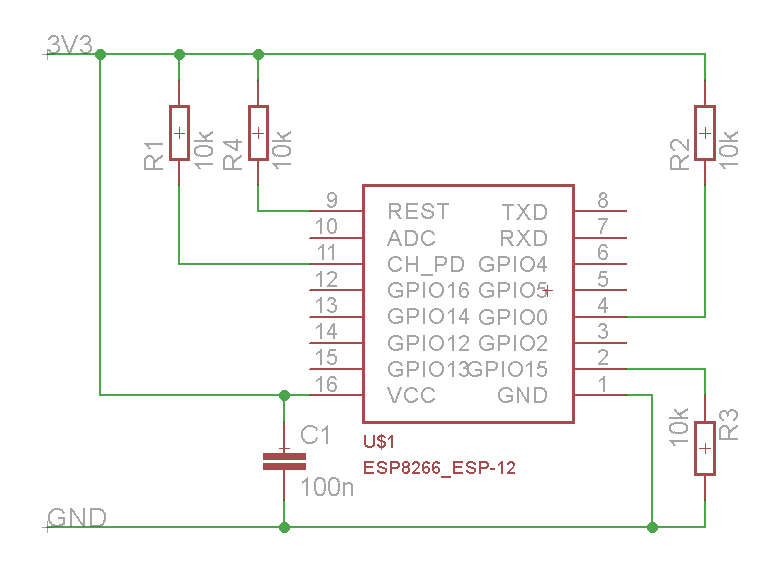 Before load the code in the module you need to start it in USART Mode, this is achieved following these steps:

At this point the module is in USART Mode and you can load the code from the Arduino IDE (see details below). Once completed the load of the code:

The module will start using the code loaded in the external FLASH memory, once the boot has been completed the GPIO-0 and GPIO-2 can be used as standard I/O pins.

The Olimex ESP8266-EVB is an evaluation board for quick prototyping with ESP8266, it doesn’t require you any soldering action. 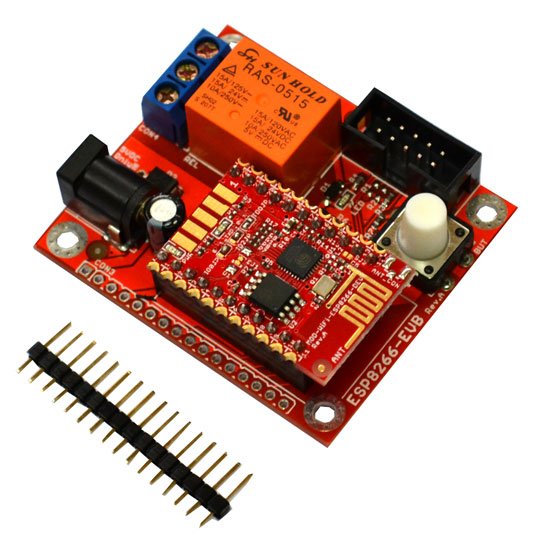 In order to start with this module you need

You need to connect your USB to Serial converter according to the following table on the UEXT connector, the pinout that follow refers to a male connector

Is convenient to power the board from an external power-supply, because you need to remove power every time that you need to load a new code on the ESP8266 and because the USB to Serial converter is generally not able to provide enough power to on-board relay.

Before load the code in the module you need to start it in Bootloader Mode, this is achieved following these steps:

At this point the module is in Bootloader Mode and you can load the code from the Arduino IDE (see details below). Once completed the load of the code you just need to power-cycle the module to get your code executed.

The Arduino IDE allow an easy add-on of cores that has been developed by the community, this allow you reuse Arduino-like codes and libraries on non official boards. Perform the following steps to add the ESP8266 cores:

At this point follow the procedure that has been reported previously to set the ESP8266 in Bootloader Mode and load the code from the Arduino IDE. Souliss include several examples, some are listed below:

The ESP8266 cores for Arduino are maintained by the ESP8266 Community.