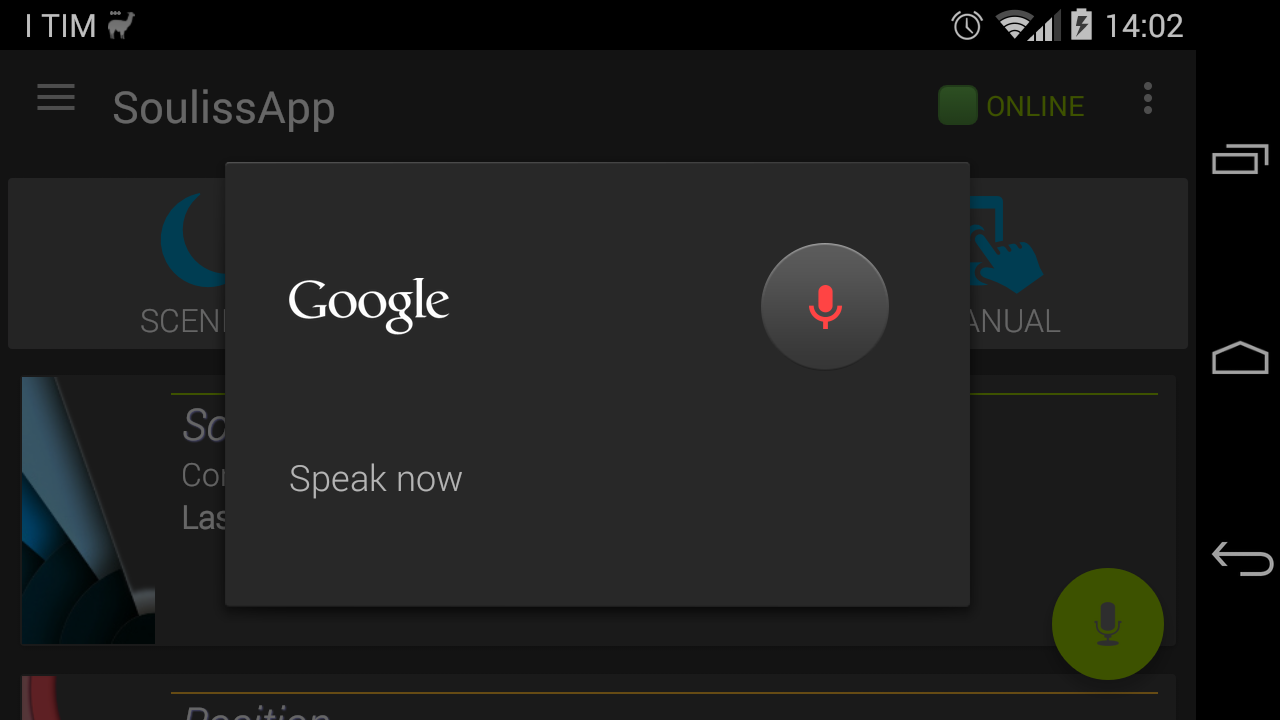 SoulissApp 1.5.4 is out with Voice Recognition!

SoulissApp 1.5.4 has just been released with voice recognition as new feature. You can simply use your voice to issue commands to Souliss, naming your things per name and command. After having enabled the relevant option, tap on the mic icon and use one of the following:

The keywords has been translated, so you should talk in the language of your android device, using keyword to activate multiple commands like turn on living room light and kickten light. Renaming devices is suggested in order to ease the recognition process.

Out of voice recognition other bugs were fixed, TAG section should now be almost ok. You can now sort TAGs, save them with backup function and restore as needed. Fahrenheit temperatures have been added, even though the process of converting every temperature to this unit is not yet complete.

Getting started downloading SoulissApp from the Play Store.