Are you lazy enough? Automate and Tasker integration

Laziness is a life style and tap your finger on the smartphone screen looking for the button to dimmer out lights or do any other routine action is boring as step-up to the wall button. Wouldn’t be nice if your smartphone can propose you what you need? 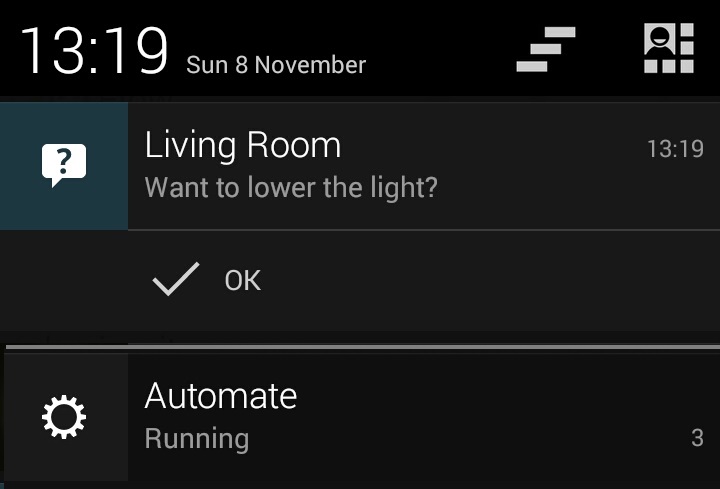 Is not yet time for an Artificial Intelligence that learns your habit, it will likely be in the next future but our laziness cannot wait, so starting from SoulissApp 1.6.1 any other Android application can interact through Intents.

A special Intent is the Tasker Plugin, that is supported by Automate, Tasker and other Android application that lets build If-Then-Else rules based on sensors and internet data.

There are two types of plugins, the Action Plugin can be used to send command through SoulissApp as you were using Voice Commands, the wiki has more details but basically you just have to write something like turn on bedroom lights where you have a set of keyword like turn on, turn off, open, close and others that shall be followed with the name that the target device has in SoulissApp 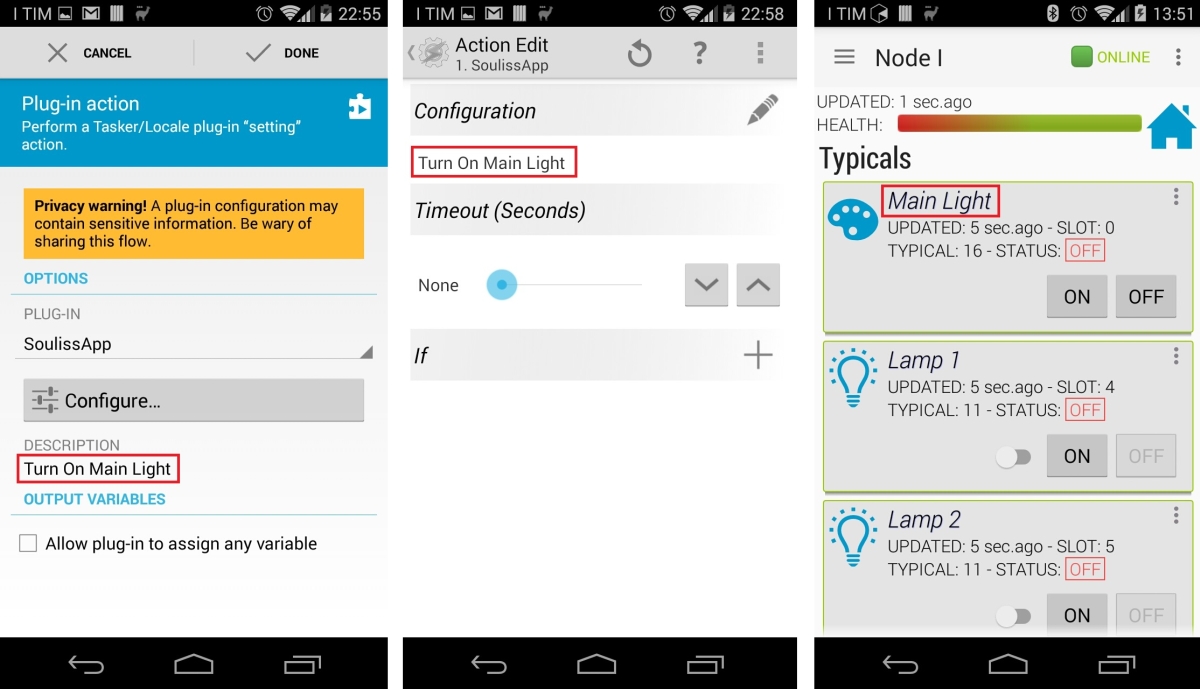 As well a state can be retrieved in a similar way using the Conditional Plugin, having a True/False statement as result. 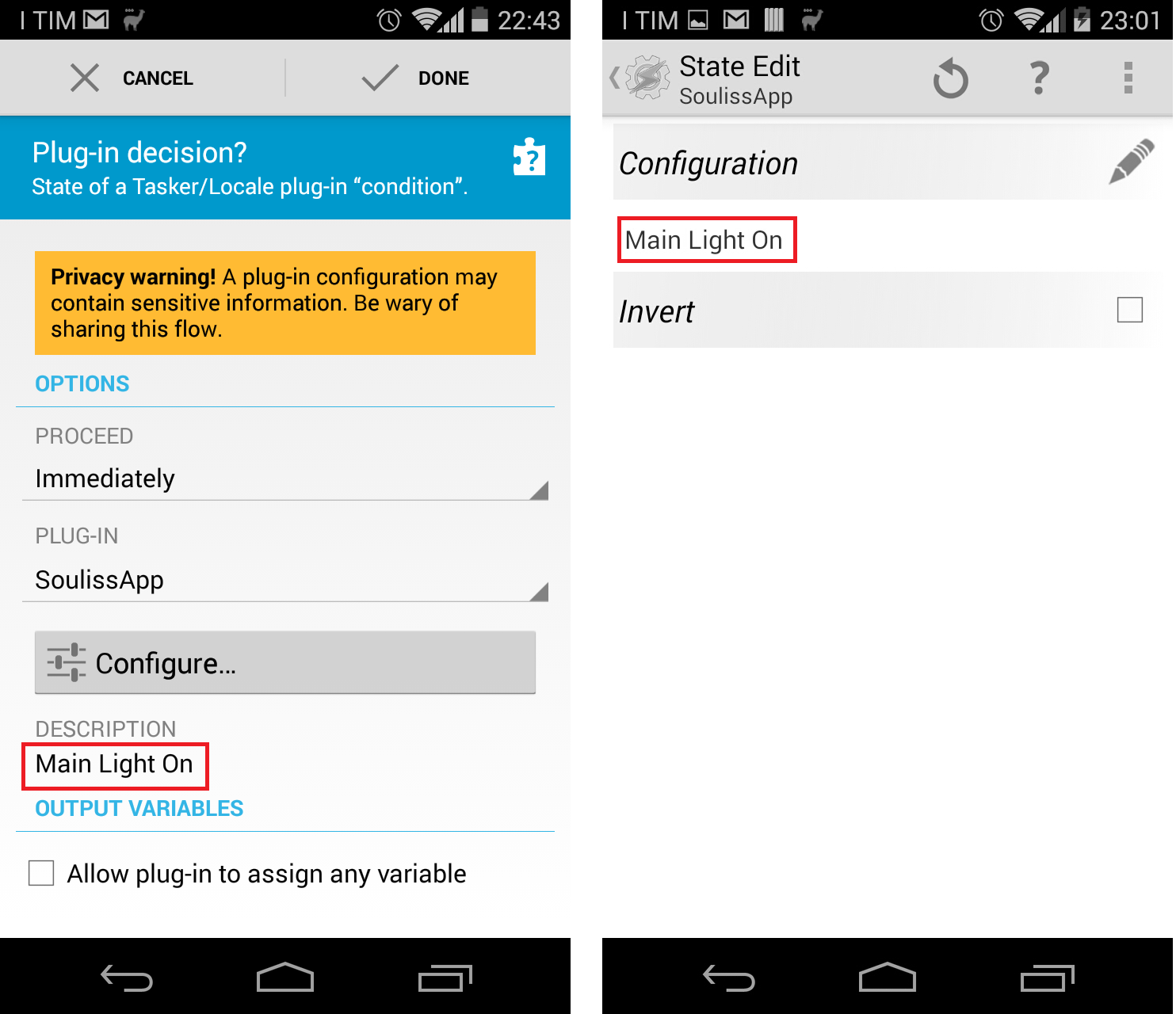 We will soon start to release examples for Automate and Tasker, but the SoulissApp Plugins will generally be the last step in your flow, there are several example that can be build and fully customized based on your needs:

The release 1.6.1 of SoulissApp is in preview on the mailing list and will be available in the Play Store in few days.