First board assembled and powered-up, update / 1

Starting from a software CAD and a 3D rendering, the LED board is now a prototype. At time of the picture the board was powered and the bootloader installed.

The on-board switching regulator is working fine and the next step is the test of the MOSFET drivers using the shift-registers, that way was inspired by ShiftPWM and allow a single ATmega328 to drive the 12 sink output (2.5A) channels. After it will be the time for the RS485 driver and then we will start testing the boards with Souliss. 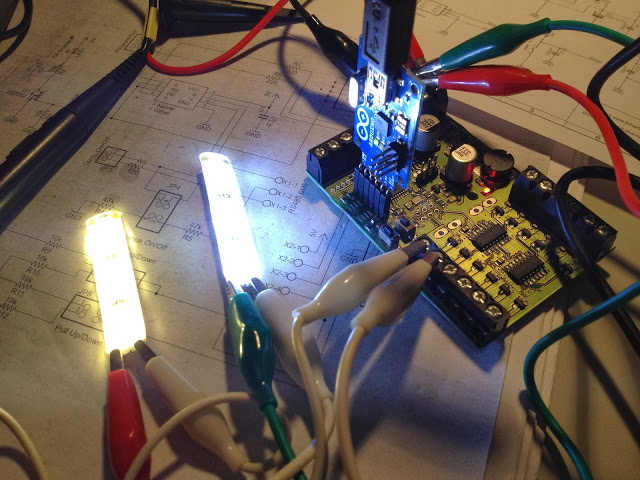 The board carry-out a large current value (up to 30 A) and for that reason has two ground planes connected in a single point, where the LED power supply will close its loop.

This is probably the first single board that is born with the idea of a complete tool for LED lighting in an house. It will support the new auto-detection feature introduced in release Alpha 5 giving multiple control of all the strips around the house with a single point of control.

Here the first power-up of a couple of LED strips, then we will move to heavy load of the board and communication on the bus.