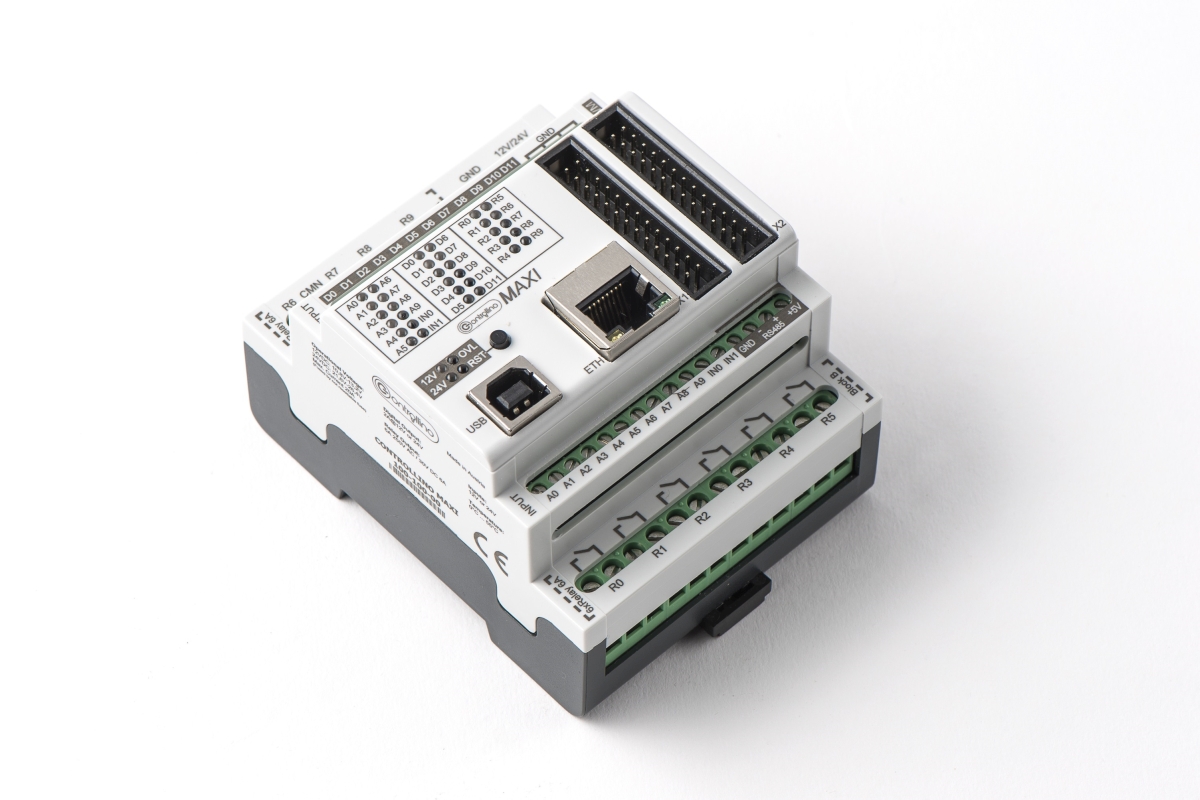 After several attempts an Arduino based PLC has now be founded on a Kickstarter campaign, Controllino is based on standard AVRs used in several Arduino boards adding electronics for I/O like relay and dry contacts inputs, electrostatic discharge protection and CE/UL certifications.

It basically turn a standard Arduino into a small PLC for hobbyist, giving a good solution for general automation and smart homes. Controllino isn’t cheap and there are several small PLCs can be found in same price range, but Controllino has a plus of Arduino software compatibility that turn this into an interesting piece of hardware.

Fulvio is one of the backer of Controllino and once he will get its MAXI, the support of Controllino in Souliss will start. It should be quite easy, because Controllino MAXI offers compatibility with the Arduino Ethernet libraries.

Actually we expect to have full support of Souliss, including Modbus, SoulissApp for Android and openHAB integration (that soon will be available through a native binding in openHAB).